Astro-Tarot: The Magician and a Nursery Rhyme 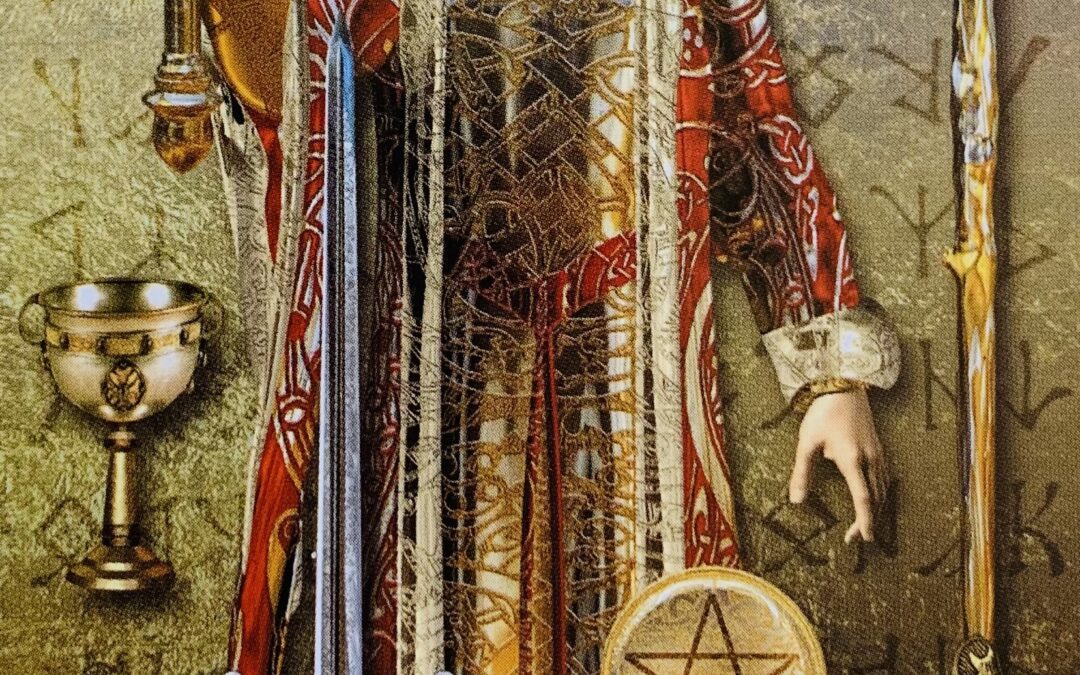 Do you recall the day of your birth? A neat little fortune-telling rhyme goes:

I loved this as a child, because I was born on a Friday which made me a rather lovely person, if the rhyme was anything to go by. The rhyme probably originated in the 1500s. But where do the day meanings coming from? With my tarot-reader’s curiosity, my first thoughts drifted to those Week Ahead tarot spreads which follow the classical planets – Mars, Venus, Mercury, Saturn, Jupiter, the Sun and Moon (the Sun and Moon were classified as planets then – you can find the Week Ahead spread in The Ultimate Guide to Tarot). So let’s see if the planetary and tarot-card associations match the rhyme:

Some alignments work perfectly. Sunday’s happy child is favoured by the Sun, planet of optimism, which we see in XIX The Sun. Friday, Venus’ day, is just right for the child born on Friday – loving and giving, just like our tarot Empress, who bears a Venus glyph on the Rider-Waite-Smith versions of her card. Saturday’s child works hard for a living neatly chimes with Saturn – the taskmaster planet whose influence brings slow, hard work. The World card is ruled by Saturn, expressing the work and culmination of the journey through the major arcana cycle. Thursday’s child has ‘far to go’, which links to Jupiter, planet of expansion, education and development. No surprises there. And Jupiter’s tarot card, X The Wheel of Fortune, reflects Jupiter’s reputation as a bringer of luck – just as the Wheel turns, bringing good fortune (at least in the upright position in a spread). Monday’s child is ‘fair of face’. In contemporary astrology, the moon represents the interior rather than the exterior – inner life, intuition and dreams. In Greek mythology the moon relates to the Greek goddess Selene and the Roman Diana, both known for their beauty. And with a dose of enchanting moonlight, I can be bewitched enough not to glitch too much on this one.

At first glance, Tuesday looks like an anomaly. How does Tuesday’s ‘child being ‘full of grace’ relate to Mars, planet of war? Given the age of the rhyme – and its Christian theme – ‘grace’ may have been meant in the Christian context of ‘unmerited favour of God toward man’: a warrior’s prayer for God’s favour in battle. Mars’ tarot card is XVI The Tower, also known as the House of God, or the call to surrender to a higher power. I can just about countenance this. But what of Wednesday’s child of woe and its association with Mercury, planet of communication?

Mercury is the planetary ruler of I The Magician in tarot – one of the most energising and positive cards of the major arcana. Here’s the possible reason it’s literally woeful (bear with – I’m just having a sip of tea and a biscuit.) If we look at the etymology of Wednesday as ‘Woden’s Day’, we find Woden/Odin, the Norse deity of magic, wisdom, poetry and war. To me, it seems that ‘woe’ may have been short for ‘Woden’ , but we got landed with ‘woe’. Which is pretty miserable.

Working on this basis, I reckon that Wednesday’s child is not full of woe, but full of magic. And I’m also thinking of generations of children who misguidedly believed that they were destined to be, well, a bit dour, little knowing that the true meaning of their day of birth was rather more exciting. Woden/Odin spent nine days and nights suspended from Yggdrasill, the World Ash, a spiritual initiation which gave him the gift of reading the runes (and he was known as the ‘father of charms’). The Magician card shows the Greek deity Hermes (the Roman Mercury), who travelled between the realm of humans and the realm of the gods. As a messenger, Hermes was a god of communication, magic and divination. Now this diminution of Woden may have been deliberate (the Church, seeking to suppress our Pagan ways) or one of those slippages that no one thought to correct. But I’m going to begin doing that at a micro level.

My younger sister was born on a Wednesday and I remember that when she cried we’d say ‘Full of woe!’ This happened a lot as we lived near the beach and she hated sand – there’s many a picture of her making sandcastles with a pretty woeful expression. Thankfully she got over her dislike of the beach, and her woe. Maybe I should tell her now that she, and anyone born on a Wednesday was never a child of woe at all, but Woden’s child – full of abracadabra.

Main image: The Magician from Tarot of the Heart, Liz Dean/Oliver Burston