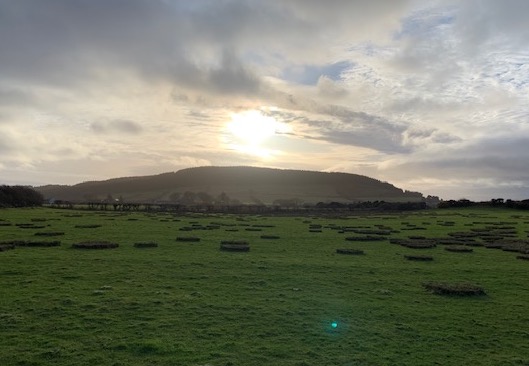 After various travels at the weekend, I’ve received rather a lot of guidance. No, not from a guru deep in meditation, you might ask. Way more pedestrian: the repetitive advice from male and female announcers: ‘At the top of the escalator, please step forward/‘Use the litter bins provided/In the airport/Walk, don’t run/‘This is a smoke-free zone.’ There’s no way to interpret those as messages from the Universe, though I did try.

So there it is: we must be managed via public service announcements (PSAs, if you will). Without these ghost voices telling us what to do, we’d be falling off escalators, gaily throwing around empty sandwich packets and offering round a packet of B & H in the departure lounge. While some PSAs are surely for safety and insurance purposes (ie we’re not responsible if we told you not to do it) the warning against an infraction of the rules guilt-nibbles the soul like a digestive biscuit crumbling in hot tea. (I just deleted ‘just’ in that last sentence or I’d be contradicting my last post, The J Word.)

Here’s my train favourite: ‘Anyone without a valid ticket will be prosecuted.’ I’m seeing myself in handcuffs being dragged out of the toilet to a waiting police van. (Flashback to sitting on the train loo, forgetting to lock the door, which opens before a queue of people when another passenger tries to get in. No announcement saying, ‘Don’t forget to lock the toilet door,’ which would have been way more use than listing what’s on offer at the buffet car.) Of course I have a valid ticket. I always do. But that PSA, repeated a dozen times on the Mackem Express to London (translation: Sunderland, in the north east of England) trips me into a negative spiral. I could secretly have committed a crime. I might have an invalid ticket and be ejected at Hartlepool. And I don’t know anyone in Hartlepool, etc etc. It’s laughable, I know, but that ridiculous self-doubt is not only mine – on visiting a friend, I saw this note taped to the stove: ‘The gas is off. You don’t have to check again.’

Moments before that pernicious PSA on the London train I’d been thinking about the upcoming meeting with one of my publishers to talk about Nature’s Hidden Oracles, my next book. It’s about how to divine with natural findings such as leaves, stones, feathers and flowers when you’re out on walks. I reflected that on the beach, in the park, or your garden, there’s no interruption to the flow of ideas, of daydreams. No audio-interject telling you to walk on the path or step carefully over the stream or beware of the mud. The natural sounds of nature help us quietly connect with our intuition, or own knowing (and that’s one reason why being in nature can lower blood pressure and ease anxiety). Nature offers us a private and unique connection to the earth and with our sense of self. We’re appreciating what we see through our own filter and giving it meaning – from the pattern of rippled sand at low tide to the whisper of the leaves in wind. This is the real ghost voice, speaking; not the disembodied vocal loop played in commercial buildings and on public transport.

Freedom from this kind of sonic pollution gives us space to open up to new possibilities and to simply be with ourselves. When that’s not possible on planes and trains, let’s have some positive messaging instead: ‘Have a lovely trip.’ ‘Travel broadens the mind’ (I don’t mind clichés). Music, even. Or, ideally, silence, which as we know is golden (I’m on fire with the clichés, here) – unless you’ve forgotten to lock the toilet door on a train. In which case, give me that swift reminder, any day.

Nature’s Hidden Oracles is published in May 2020 by Godsfield Press, £10.
Image: From a trip to the isle of Arran, Scotland, December 2019. The west of the island near the standing stones of Machrie Moor.